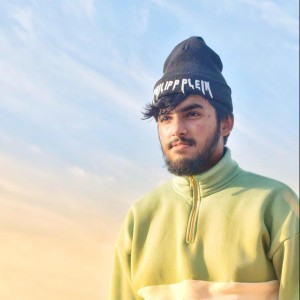 I'm an online marketer who enjoys assisting others. Researching and practising advanced marketing strategies. With over 6 years of experience in online marketing, I've helped hundreds of entrepreneurs succeed.
All Posts

For our translation needs, we all now, utilize and appreciate Google Translate. It’s quick and simple to use, and it’s open to everyone.

But let us take a step back and consider what occurs when we need to translate lengthy publications such as books, legal documents, essays, copywriting, and articles.

Human translation is powerful and profound; it can convey stories and transport you to another location. Human translation has a different impact on articles than Google Translate, which is more clear.

Let’s take a look at how a Google translator can solve all of our issues.

What is Google translate?

Google Translate is a useful tool if you need to translate words or phrases from one language to another. It’s not like an English-to-Some-Other-Language dictionary, which lists words in one language together with their translations in another.

Google Translate instead takes the word or phrase you write and searches the Internet for the best translation among the billions of carefully translated publications available.

It offers you with the search result in the form of a translation almost instantaneously.

What is human translation?

Despite the fact that robots can perform translations, human translation remains the most effective method of translating any written document, including books, legal documents, manuals, product information, websites, personal documents, periodicals, letters, and advertising. It means that human translators are responsible for all aspects of the translation process.

Machine translation was the sole way to translate texts from one language to another.

It can’t do what a human translator can, which is to consider the original language’s syntax, idioms, traditions, and, most importantly, context while translating it into the target language and keeping the meaning as near to the original feasible.

When you’re on vacation or having trouble wording a question in French class, Google Translate is a great tool for on-the-spot translations.

However, there are enough Google Translate failures on the internet to convince you that machine translation (MT) is rarely a good choice when accuracy is critical.

A professional translator spends years of their lives learning the intricacies of a language. This includes understanding grammar structures, idioms, and how certain words in a foreign language can have quite diverse implications.

Continue reading to learn why human translation is superior to Google Translate.

How to Choose the Best Translation for Your Project? (Google Translate or Human translator)

When it comes to getting your content translated, you will have to make a number of decisions. With which vendor should you collaborate? What languages do you need to translate your content into? How will your content be translated by the vendor?

One decision you might have to make is whether to use machine translation or human translation. At Al Wajdan, we work with our clients to find the best technique for translating their content, but in order for you to be as informed as possible, today we will take a closer look at what Machine Translation is and its benefits.

It depends on your project whether to choose Google translation(or any other machine translation) or Human translation.

Lets see what makes best for your project

In the world, there are 6,909 different languages. While Google Translate continues to add languages to its database, it now only has 103 languages in its database. This is only about 1% of the total number of languages on the planet.

Machine translation could only be used to translate texts from one language to another. Furthermore, when making a translation, human translators are able to account for cultural and geographic differences.

You can, for instance, request that a text be translated into Brazilian Portuguese or Argentinean. As a result, a professional translation can provide a more customized service to your target audience than a machine translation ever could.

Google Translate is a tool for statistical analysis. This implies it takes advantage of language patterns to provide a translation based on the entire text.

This eliminates the potential for errors that can occur when translating words one at a time. However, a lack of linguistic comprehension frequently results in blunders, incomprehensible sentences, and broken grammar.

As a result, you’ll frequently need to modify a Google Translate result so that it’s understandable. However, unless you are fluent in the original language, this may result in you deviating from the genuine meaning and losing accuracy.

To get around this, you might translate single words or brief sentences rather than entire sentences. However, Google Translate may also fail in this situation.

For instance, in English, the word “light” has numerous connotations, including the opposite of “heavy.” However, this meaning is not available in Google Translate for all language pairs.

Another flaw with Google Translate is that it might be very literal at times. This is particularly true when it comes to translating grammatical structures that do not match between languages.

A human translator is well-versed in the grammar structures of the languages in which they operate. This means that instead of a word-for-word translation, they know which tenses offer a comparable meaning.

A straight Google Translate translation can sound weird at best. In the worst-case scenario, it could signify something completely different.

As a result, while translating to and from this common language combination, Google Translate frequently loses the actual meaning of phrases using these moods.

In English, the present perfect also refers to something that is still happening. For example, if you say, “I’ve lived in Boston for two years,” you’re implying that you’re still there. A literal translation of this phrase will lead many non-native English speakers to believe you have relocated.

These are only a few of the challenges that arise while translating into and out of English. When translating between lesser-known languages, there are even more chances for grammatical mistakes.

A thesaurus might come in helpful when producing a text in our native language to locate synonyms and minimize repetition. We know which synonyms work in our sentence and which ones aren’t quite suitable because we’re familiar with them.

Google Translate is useful for inspiration in the same way that an online thesaurus can supply synonym recommendations. Google Translate frequently fails to identify the correct word for a statement because it lacks the human aspect of actual language understanding.

It’s possible that this is due to Google Translate’s over-literal translation. It could possibly be because the Machine Translation lacks the ability to choose a more relevant or explicit word like a human translation.

When you need to translate idioms and other non-literal expressions, Google Translate’s penchant toward literal translations can truly stand out.

Google Translate, for example, might misinterpret the phrase “long in the tooth” to mean “old.” Or that something that costs “an arm and a leg” is prohibitively pricey.

Professional translation services would be able to determine the true meaning of an idiom. They might even be able to locate an analogous phrase in the target language to keep the same tone if there is one.

Google Translate, on the other hand, would take the words at face value, obliterating any sense of the meaning as perceived by native speakers.

Maintain the Correct Tone and Formality

When you need to maintain a specific tone or level of formality in a text, Google Translate falls short.

Many languages, for example, have a formal and casual mode of address, whereas English does not. Based on the context, Google Translate is unable to discern whether a text is intended to be casual or formal.

A human translator, on the other hand, can quickly determine whether or not to employ formal words of address depending on the context and target audience.

Similarly, even if Google Translate can accurately translate a hilarious text, the end product can be lifeless and boring. You may keep the substance of the original content by hiring a competent translator.

As a result, you’ll be able to hold your audience’s attention in a manner that Machine Translation couldn’t.

Pros and Cons of Google translate

Pros and Cons of Human translate

Indeed, there are numerous advantages, each of which is enormous. However, the type of work you require may influence whether or not you contact a reputable translation company using human translators.

Machine translation will suffice if you only need to translate a letter to an international buddy. Human specialists are, of course, more strongly suggested for more significant communication or document translation. Even so, you’re protected against a variety of problems.

it’s worth noting that many professional translators employ various types of translation software to make their work processes more efficient.

Some translators may use machine translation to process the entire text before proofreading and editing it, yet the result would be the same if everything was translated manually.

In other words, there is no such thing as 100% human or machine translation. Computers have become so pervasive in our lives that we sometimes lose sight of the distinction between human work and machine collaboration.

This study belongs to descriptive qualitative research. The primary source of the data was the output translation texts of Google Translate. The sample texts were sentences taken from the book of the mechanical engineering field.

The number for words was above 50 %, but it was the opposite for phrases. The inaccuracy was indicated by four inaccuracy indicators (omission, addition, different meaning and zero meaning). Moreover, several sentences translated by Google Translate were inaccurate.

This research unveiled that Google Translate translated the sentences or paragraphs based on the sentence structure from the source text and the general meaning of the words or phrases. Read more

This blog post explains the differences between human and machine abilities. It is a lesson for all pessimists because humans can exceed any system. Google translate is a speedy method that allows us to quickly obtain a solution and perform large-scale translations.

In addition, the benefits and drawbacks of both Google and human translation are swiftly presented so that we may understand the lesson. A case study is presented in detail and linked to a website for more information.

For Language solution for your company Contact us. At Al Wajdan, We Provide All kind of Translation Service From Legal Translation to Interpretation Solution.

Stories will never come to an end, but lessons should be learned thoroughly:

Do professional translators use Google Translate?

Yes, professional translators do still have an important role to fill.

Why you should not use Google Translate?

It is inaccessible to interpreters since they would have to put everything mentioned in meetings and conferences into the tool in order to produce a translation. It would take too much time, be inefficient, and be inaccurate.

What is the difference between human translation and machine translation?

How do human translators work?

The translator will translate the original material into a version that captures the spirit and meaning of the original while employing the appropriate tone and style for the translated content’s target reader.

Why do companies need translation services?

Product descriptions, website content, agreement forms, and marketing materials are among the items that require translation. Customers are more likely to acquire things when they grasp how multinational businesses communicate. The global economy will benefit as a result. At Al Wajdan, We Provide All kind of Translation Service

PrevPrevious4 types of business communication: Grow Your Business
On Key

Good communication is just as stimulating as black coffee, and just as hard to sleep after. Anne Morrow Lindbergh Communication skills are critical for a

Never Get Mistranslated: Why Business Communication Is So Important?

“Communication is your ticket to success if you pay attention and learn to do it effectively.” Theo Gold Effective business communication is at the heart